admin Posted on March 21, 2016 Posted in Technology No Comments 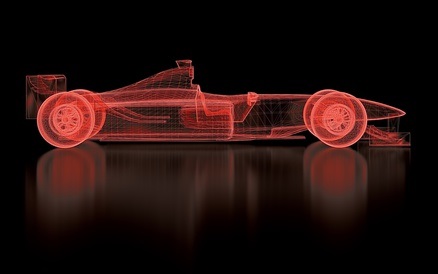 Despite the fact that they are designed for some of the fastest cars in the world, some areas of Formula 1 technology have actually been adopted by those who make road cars for everyday use. 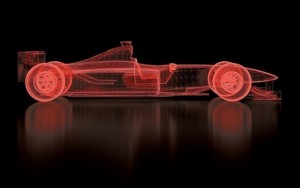 Here are some examples of Formula 1 inspired technology which you might be able to find in your vehicle.

Road tyres for commercial and domestic vehicles have to be extensively tested before they make it on to the roads, and the largest tyre manufactures (Bridgestone etc) use the results of Formula 1 tyre analysis to guide their tyre manufacture. Because Formula 1 is such an intense sport (even on Channel 4), it actually tests tyres to the hardest extremes that they could ever expect to experience during everyday use.

Although you won’t find the exact same tyres on your vehicle, it is highly likely that they were used as a prototype for the tyres you have on your own car now.

Although traction control wasn’t invented for Formula 1, it was perfected by Formula 1. These adaptations meant that it actually became a feasible technology for use in everyday vehicles.

This technology was heavily utilised in the 1980’s to stop Formula 1 cars from slipping when taking corners. Whilst Formula 1 cars take corners a lot faster than road cars do, road cars are still liable to lose traction on corners or slippery surfaces because of the different shape and weight of the vehicles, or just poor driving skills. This little piece of technology can help to keep you safe around corners or in adverse weather conditions.

Formula 1 steering wheels are well known for being among the most complicated in the world. With so many gadgets in a racing car, the driver must have some way of controlling them all. There is only a limited amount of space in the cockpit of a F1 car, so F1 cars have the majority of their controls on the steering wheel.

Domestic car designers realised that putting multi-functional steering wheels into regular cars is actually a great way to allow normal drivers to be able to control their gadgets without having to fiddle about too much to find them. This also helps drivers to improve their control over the vehicle as they have to take their hands off of the wheel less frequently, except when talking on their phone, eating a sandwich, putting on make-up, reading a book, texting their mates, taking a selfie or fiddling with their genitalia.

Although the idea of recovering energy from waste processes has existed for a while, the Kinetic Energy Recovery System (KERS) was first properly realised by Formula 1 tech bods. The recovered energy can then be used to power other things, including giving the vehicle more acceleration at vital moments.

KERS is now starting to be used in more and more domestic sports cars for additional speed. Other vehicles are using recovered kinetic energy to supplement other automotive functions.

One of the other beneficial things about the use of KERS technology is that it also improves the environmental performance of a vehicle, because less energy is wasted.

Leading domestic fuel manufacturers have subsequently been able to take this knowledge and use it to create products which allow domestic vehicles to run with as little friction as possible. Many of these Formula 1 inspired products are available on petrol station forecourts.

Although most “technology” from Formula 1 does not exist in a domestic vehicle in its purest form, these adaptations normally only came about because of successes in racing. Once manufacturers know that an idea works in an extreme vehicle, appropriate changes can be made to it to allow it to be used successfully in a wider market. Whilst it may not be suitable in its racing form, these changes make it market ready.