What the Law Says about Speed Camera Detectors

admin Posted on March 14, 2016 Posted in Accessories No Comments 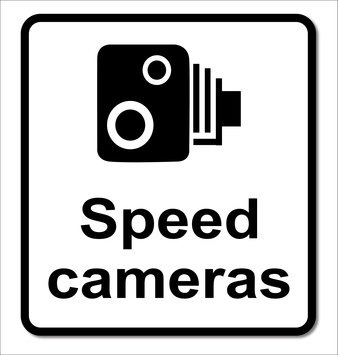 There are thousands of speed cameras across the United Kingdom, and every year these cameras catch hundreds of thousands of people who are breaking the law. Some drivers wish to reduce the risk that they will be punished for speeding by using technology which alerts them about the presence of speed cameras. Whether that’s right or wrong I’ll let you decide for yourself.

These speed camera detectors help drivers to reduce their speed to the speed limit whilst they are travelling in monitored zones. Some might say however that they’re used rather so drivers can speed without the worry of being caught by a speed camera. Again, I’ll let you decide on that.

Alternatively, drivers use them to ensure that they are aware of the speed limit in each monitored area.

Are speed camera detectors legal in the United Kingdom?

Although laws are regularly changing and updating in the United Kingdom thanks to the European Union (what a lovely bunch of people) , at present (March 2016)it is perfectly legal to use any device to detect mobile or fixed speed cameras, so long as that device does not break any other regulations. This means that you cannot use any device which would hack into confidential information to update you to the location of movable cameras.

However, the majority of speed cameras use entirely legal technology to alert drivers to the whereabouts of these cameras.

What technology is used in speed camera detectors in the United Kingdom?

At present, three main types of technology are used to warn about the location of or use of speed cameras in a location: laser detection, radar detection and GPS technology location.

Laser and Radar systems continue to be under ongoing review as these systems also help to alert road users to the fact that certain speed cameras along the roadside are inactive.

Radar detectors pick up reflected radar signals which are emitted from radar-based speed cameras. Sensitive detectors are sometimes able to pick up the “scatter” from a radar speed gun from up to two miles away.

GPS speed camera detectors are programmed with the location of all current speed cameras, as well as data about the speed limit where that speed camera is. They will not alert drivers to the presence of handheld, temporary or mobile cameras.

Why would the government want to make speed camera detection technology illegal?

Speed cameras are placed with the explicit purpose of reducing the number of people who are killed or seriously injured in road traffic accidents, or in other instances one suspects, to raise money.

Expert research has shown that speeding results in more collisions, and these collisions have more serious consequences when the driver is travelling faster. Speed cameras are designed to encourage people to stick to the speed limit and to punish those who fail to comply.

They reason that the main purpose of laser and radar speed camera detection software is to alert drivers to the presence of cameras, so that they know when they can speed and when they can’t. I probably wouldn’t argue too much on that. They believe that this puts the driver, other road users and passengers in danger, and prevents the police from doing their job properly. Knowing when a camera is not functioning can mean that drivers travel a lot faster than other road users around them, because they know that they are unlikely to be caught and punished for the offence.

If a driver is unable to anticipate the actions of other drivers around them, then that driver is putting them in danger.

Conversely, current government thinking suggests that they are less concerned about GPS-based speed camera detectors, because they operate in a different way. Speed cameras should be visible to all drivers, and they argue that these types of speed camera detectors compliment this policy, especially when they give additional warnings about the permitted speed.

Could the law change?

Yes, it is very possible that the law about speed camera detectors will change. If changes are made, it is likely that radar and laser devices would be banned, whilst continued use of GPS devices is allowed. However, it is worth remembering that speed camera detection devices are illegal in many European countries, and should not be used on the continent if you choose to drive there.